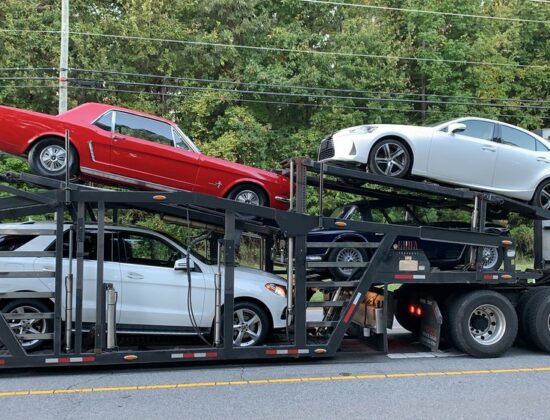 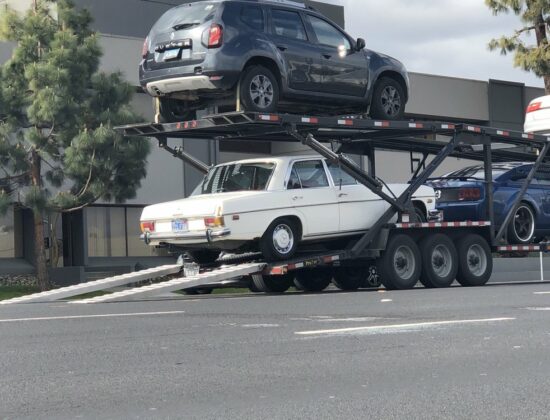 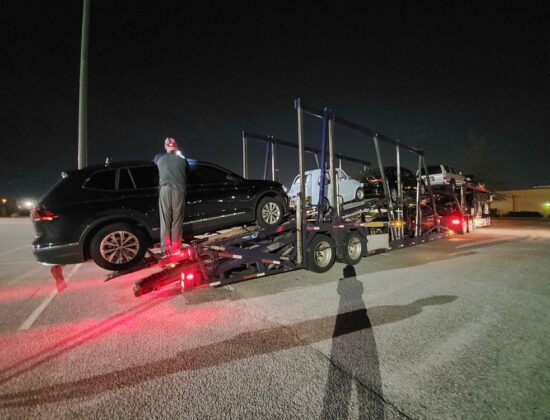 The Auto Shipping Industry is unique. So it demands a unique customer experience. In the Auto Shipping world, two distinct groups of Shipping Specialists are in constant negotiation; the Brokers and the Carriers.

In order to get your vehicle transported, you’ll need to team up with a Broker to find the best Carrier for the job. We call this the Client-Broker Alliance. Through this back and forth exchange with a national network of Carriers competing for your business, your Yellowfin Broker will ensure that shipping your vehicle is easy and affordable.

Q How far in advance should I book my vehicle shipment?

As Carriers rarely plan their hauls more than a few days prior to departure, we recommend that you book your shipment roughly 3-5 days prior to your desired pick-up date. Although booking earlier could still play to your advantage, Carriers seldom express interest in shipments far in advance.

Q Can I arrange the pick-up and delivery of my vehicle for specific dates and times?

Due to the numerous variables that could unexpectedly affect a Carrier’s progress during transit, it is very difficult to guarantee exact dates and times for pick-up and/or delivery. Delays caused by other customers using the same hauler, traffic congestion, accidents, mechanical malfunctions and weather are common factors that may cause a Carrier to run behind schedule. Yellowfin will always work to ensure the service you receive matches your requested timeline as closely as possible, however we will never make guarantees to our customers that we are not absolutely certain our partners can honor.

Q Do I need to be present at the pick-up and/or drop-off of the vehicle?

You, or a person you authorize to handle the transactions on your behalf, will need to be present to hand over and accept the vehicle. If you cannot personally be present, we would require that you notify us of this fact prior to pick-up. We would also ask that you provide us with the name and contact numbers for the person/s you have appointed to be present in your stead.

Q Can I ship my personal belongings with my car?

Although most Auto Transporters are only licensed for vehicle transportation, many allow for ‘junk in the trunk’. This means that they will allow up to 100 lbs of personal belongings to be shipped in the trunk of your vehicle free of charge (some may even allow for it to be stowed in the back compartment, below window level). Although your vehicle is covered by the Carrier’s insurance, these items are not and are transported at your own risk. Make sure to receive authorisation for additional luggage prior to pickup. Be sure to always keep the driver and co-driver seats clear of any luggage.

Paid bit more than average but they have delivered my car in a timely fashion, and was very informative. Thanks will use again.

DO NOT USE THIS COMPANY…they failed to pick my car up because they are incompetent and could not communicate and a week later when they where supposed to pick up ..me…I called and driver never heard of me….now my car is abandoned in front of vacant house…they are very hard to get a hold of after the fact and the rep who sold me and ultimately failed ..could not be reached to help solve the problem only someone who barely spoke English…..run from this company if you don’t want stress

Although very friendly, they did not arrange any drivers and ultimately left me stranded. Despite arranging the Yellowfin Logistics pickup many weeks in advance, and providing a 3 day pickup window, they kept kicking the ball down the road and promising a driver. It feels like they underpriced the transport and could not ultimately arrange such. Be wary about using a broker like Yellowfin.

I was lied to

I was completely lied to and then ripped off. They couldn’t fulfill the contract and refuse to refund my deposit.

Easy to work with

This is my second time using their service and both times had the same great experience. They are easy to work with, communicate well, and everything went very smoothly.

HORRENDOUS! Danielle was our representative and for lack of a better adjectiv, she sucked!! She provided NONE of the services she “guaranteed” when she was soliciting for business! Not once during the SIXTEEN day transport did she initiate contact with me. EVERY contact with her was handled by TEXT. The trucking company she connected me with was FAST CAR GO and there are not bad enough words in the English language to describe them. STAY AWAY FROM YELLOWFIN LOGISTICS and any other broker that connects you with Fast Car Go. Our experience with both of these companies was nothing short of a nightmare!!

Do not use this company

My Jeep was picked up on January 14, 2022 in Pennsylvania and did not arrive until January 24th in Florida. I called the driver Yellowfin contracted out and was told it would be Monday the 21st. He never showed up, sent (most likely fake) pictures of him in the hospital and trailer flat tire. Driver wouldn’t answer phone and I offered to meet him to get it early. He would never respond by phone or text when I asked to meet him to pick it up. Once he eventually delivered the jeep I noticed he put 411 unauthorized miles on my vehicle. I had damage to my paint, damage to a side view mirror most likely other damage. Mechanically while driving the jeep vehicle feels different. The original canvas factory soft top is missing and was replaced with an aftermarket top. I noticed this the next day since the driver purposely made me meet him where it was dark after sunset so I wouldn’t recognize. If I were to say this may have been one of the worst fraudulent experiences in my life–would be an understatement. Do not use this company to ship your unless you want to spend the next few weeks paying lawyers and making insurance claims and have your car driven who knows where while you are waiting for it. Who knows what the driver actually did with my vehicle for those 411 miles. I asked the manager Chris at Yellowfin to at least refund my payment (which I paid ahead of time) and to no avai. If the manager Chris responds to this review, consider it worthless as you move to the next review.

Totally not worth doing business.

I was quoted $995 for delivery. This included 100lbs of items in the car. If over, I would be charged an extra $100 for up to 200lbs of items ($1095 total). This is fine. I requested a full upfront payment of the amount, but was denied with the repeated statement “no, it is company policy” I was out of town for both pickup and delivery — my family would give/receive the keys in my place. I was told this was OK. I paid $95 deposit 02/11 = $900 remaining. On the day of pickup 02/14 N(2 days late from what I expected), the driver DID NOT WEIGH THE ITEMS but claimed I had more than 100lbs and charged me $150 (which SHOULD BE $100). I immediately contacted Yellowfin — Mary — who assured me twice that everything was okay. She stated it would only be an extra $100 if over 100lbs. So we signed off on the $150, assuming some agreement between the driver and YF had taken place. At delivery 02/19, the driver again argued that it was $150 extra. I reached out to YF who “could not do anything” because the driver stated it was over 100 lbs. There was no documentation of weight. They could NOT tell me how much my items weighed. The driver only assumed and now was charging $50 more than the extra $100 I was assured. When I reviewed the contract, I noticed a clause protecting YF NOT the consumers. Mary did not mention this on 02/14. There is NO WAY to tell if the driver is lying or if Mary AND the driver were scamming me. All Mary said was “Trust me..” I refused to pay $1050 because even with the extra $100 charge, my remaining total should only be $1000. Mary argued this and when I sent her the BASIC MATH, she went silent. No response. I also saw that the contract ALLOWED full payment of the delivery, which I was denied. I sent this to Mary as well. NO RESPONSE. So I put my foot down, paid $1000, and the driver, after yelling, said OK. Turns out he charged $50 TO MY FAMILY ON PICKUP WHO WAS NOT ON THE CONTRACT WITHOUT MY KNOWLEDGE. THIS IS ILLEGAL!!! YF only said “He will get bad score from that” I have filed a complaint with the BBB, and YF said “We did not physically assess your luggage. Nor did we charge you anything outside of your agreement with us. The Carrier was responsible for both.” If you are not the one physically assessing my lugging or ensuring that my contract prevails, then how can you charge fees for items YOU don’t weigh? Totally not worth doing business.

Rate us and Write a Review

Show all timings
Get Directions 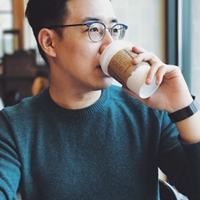 Your request has been submitted successfully.